The FDA Is Considering Publicly Naming Retailers During Food Recalls 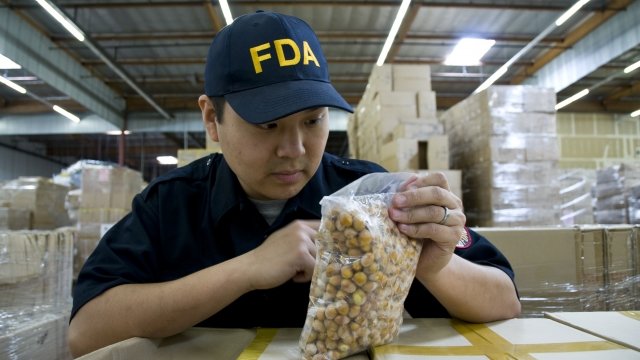 SMS
The FDA Is Considering Publicly Naming Retailers During Food Recalls
By Ahmed Jawadi
By Ahmed Jawadi
September 26, 2018
​The new policy would particularly apply to products that could cause "serious adverse health consequences or death to humans or animals."
SHOW TRANSCRIPT

Food recall notices might soon include not just product information, but also which stores it's available in.

The FDA's commissioner announced Wednesday the agency has drafted new policies for how and when it will publicly reveal names of retailers that carry recalled products.

When food is recalled, the FDA usually works with manufacturers to publicize photos of the product, label information and the areas where it's been distributed. The FDA says it hasn't traditionally named specific retailers during recalls because "certain supply chain information is confidential between the supplier and retailer."

And although it says recall information from manufacturers is usually enough, there are some cases when information about the retailers is needed, like when the food's packaging isn't easily identifiable. This new policy would particularly apply to "serious recalls," like food that could cause "serious adverse health consequences or death to humans or animals."

The FDA has already tried this new method out in recent months. The agency released retailer information by state this summer when pre-cut melon associated with salmonella infections was recalled.