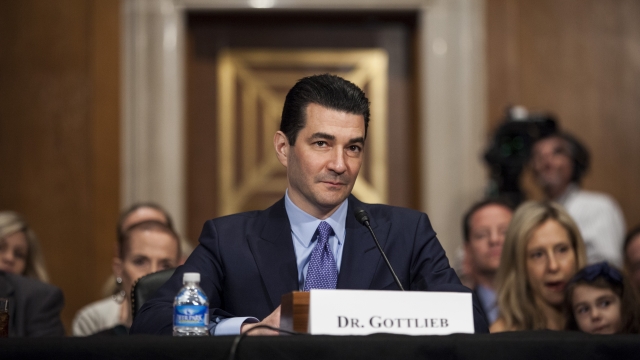 Food and Drug Commissioner Scott Gottlieb will step down from his position, according to a statement from the Department of Health and Human Services.

The Washington Post reports Gottlieb is leaving to spend more time with his family, who are still in Connecticut.

His resignation will be effective in about a month.

Gottlieb, a former FDA official during the George W. Bush administration, was a venture capitalist and consultant before being tapped to come back to the FDA.

He pushed for more regulations on vaping and e-cigarettes, calling use of the products among younger people "an epidemic." He also worked to address the ongoing issue of opioid addiction in the U.S.

HHS Secretary Alex Azar said in a statement, "All of us at HHS are proud of the remarkable work Commissioner Gottlieb has done for the FDA...The public health of our country is better off for the work Scott and the entire FDA team have done over the last two years."