FDA Chief Threatens To Pull E-Cigarettes Off The Market 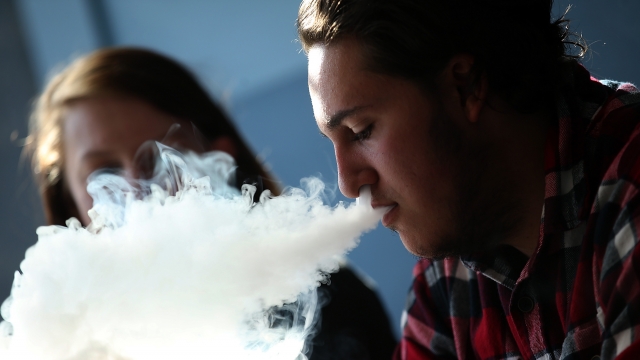 SMS
FDA Chief Threatens To Pull E-Cigarettes Off The Market
By Ahmed Jawadi
By Ahmed Jawadi
January 18, 2019
​His comments came during a public hearing on how to curb electronic cigarette use among teens.
SHOW TRANSCRIPT

The Food and Drug Administration's Commissioner said Friday the e-cigarette industry will face an "existential threat" if the number of young people vaping continues to rise in 2019.

The FDA Commissioner Scott Gottlieb threatened e-cigarette makers that the agency will step up regulations if they don't stop marketing to youth. His comments came during a public hearing on how to curb electronic cigarette use among teens.

The FDA also announced it's considering "the role of drug therapies" to help kids quit vaping – especially because there's not much information on how to treat kids today. Currently, nicotine addiction treatments, like patches and gums, are only intended for adults.

In 2018, the FDA and U.S. Surgeon General both labeled teen vaping as an “epidemic.”  According to the FDA, there was an almost 80 percent increase in high school student vaping from 2017 to 2018. Around 3.6 million middle and high school students reported that they were currently using vape products last year. The agency responded with plans to limit flavored e-cigarette sales to in-person locations where age restrictions are enforced, which could mean no more sales at places like gas stations and convenience stores.