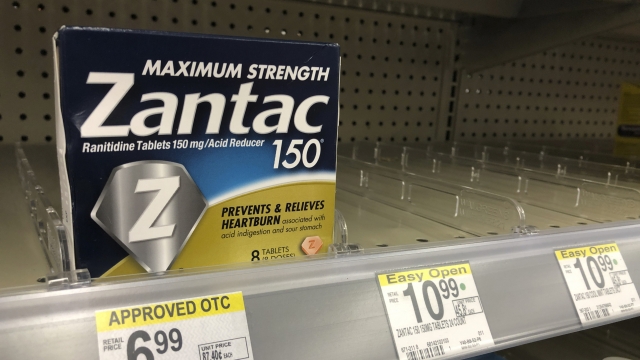 The FDA is asking manufacturers to remove all Zantac products and generic versions from store shelves "immediately." That includes prescription and over-the-counter versions.

Ranitidine is the generic version of the heartburn medication. The agency said people taking Zantac or generic forms of the antacid should stop.

According to the FDA, an ongoing investigation found the medications have a contaminant in them that could cause cancer. The World Health Organization considers the substance, NDMA, a "probable human carcinogen."

The New York Times is reporting most manufacturers have already removed Zantac products from the market. Large pharmacy chains, like CVS and Walgreens, have also removed the products from their shelves.