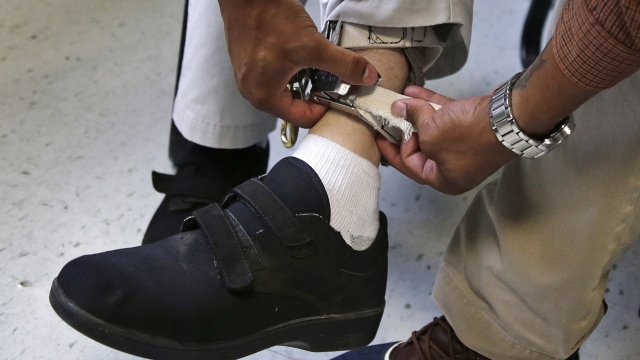 The FDA has banned an electric device used to shock people with intellectual disabilities who are acting aggressively toward themselves or others.

They're only used at one facility in the U.S.: the Judge Rotenberg Educational Center, a school for children and adults with disabilities. Administrators at the school have said the devices are used as a last resort.

But the FDA says there's evidence the devices can cause depression, PTSD and tissue damage, among other problems. It also notes that since the people exposed to the shocks have disabilities, they may have trouble communicating pain.

The FDA had promised to ban the devices by December 2019. A group of senators wrote a letter last month calling it out for missing that deadline.

Sen. Patty Murray wrote in a statement at the time, "It is unconscionable that in 2020, it is still legal to shock children and adults with disabilities as a method to control behavior."