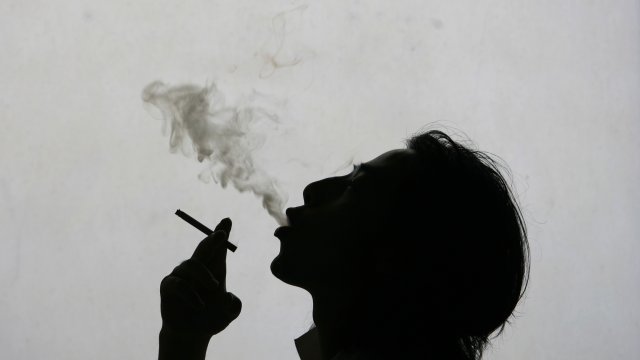 The Food and Drug Administration said a new e-tobacco device is less harmful than cigarettes, but a panel will still have to review that claim.

An initial report from the U.S. Food and Drug Administration found that a new electronic tobacco device is less harmful than cigarettes, but the department still wants more information from an upcoming study.

The iQOS device, made by Philip Morris, heats tobacco instead of burning it.

While it can still damage cells, the FDA concluded preliminarily it's not as toxic as cigarette smoke.

Later this week, an outside tobacco advisory committee will review the product and make a recommendation to the FDA whether it should be approved for the market.

The panel will also decide if Philip Morris can officially claim that iQOS is less risky than cigarettes.

Last year, the FDA began an initiative to cut nicotine in cigarettes to non-addictive levels.