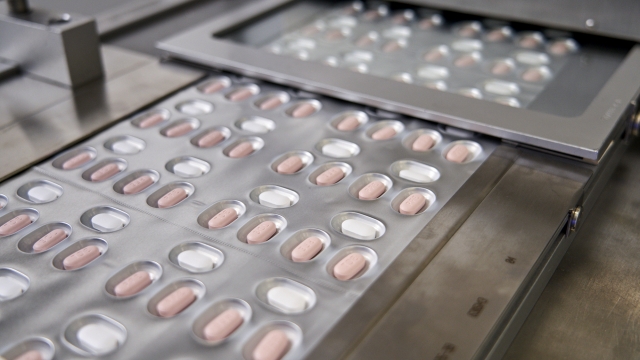 U.S. health regulators on Wednesday authorized the first pill against COVID-19, a Pfizer drug that Americans will be able to take at home to head off the worst effects of the virus.

The drug, Paxlovid, is a faster, cheaper way to treat early COVID-19 infections, though initial supplies will be extremely limited. All of the previously authorized drugs against the disease require an IV or an injection.

An antiviral pill from Merck also is expected to soon win authorization. But Pfizer's drug is all but certain to be the preferred option because of its mild side effects and superior effectiveness, including a nearly 90% reduction in hospitalizations and deaths among patients most likely to get severe disease.

The Food and Drug Administration authorized Pfizer's drug for adults and children ages 12 and older with a positive COVID-19 test and early symptoms who face the highest risks of hospitalization. That includes older people and those with conditions like obesity and heart disease. Children eligible for the drug must weigh at least 88 pounds.

Pfizer currently has 180,000 treatment courses available worldwide, with roughly 60,000 to 70,000 allocated to the U.S. Federal health officials are expected to ration early shipments to the hardest hit parts of the country. Pfizer said the small supply is due to the manufacturing time — currently about nine months. The company says it can halve production time next year.

The U.S. government has agreed to purchase enough Paxlovid to treat 10 million people. Pfizer says it's on track to produce 80 million courses globally next year, under contracts with the U.K., Australia and other nations.