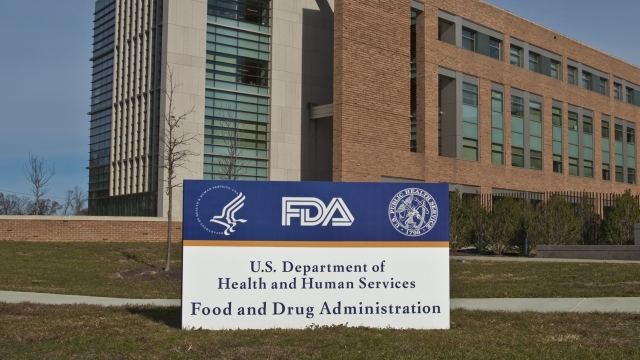 The FDA sent Aid Access, a website that helps patients self-manage their abortions using pills, a warning letter in March to stop offering telemedical abortion services to consumers in the U.S. And now, the owner of that site is pushing back.

Dr. Rebecca Gomperts, a registered physician in Austria and the owner of Aid Access, responded to the letter by saying the site will keep operating and that she'll fight the FDA in court if she has to.

She prescribes mifepristone and misoprostol, drugs used to terminate a pregnancy, to people who are less than nine weeks pregnant. She told Newsy she's never seen a warning letter like this before.

"I've done this for over 15 years and I've never had a letter like this in my life, so it was kind of unexpected," Gomperts said. "And I didn't understand the incentive behind it, because Aid Access is really about harm reduction. It's about making sure that women that don't otherwise have access to safe abortion that they can access a safe abortion."

Just last year, Gomperts said she prescribed more than 2,500 medication abortions out of the over 11,000 people who consulted her. She said most of her patients were living in poverty, so some couldn't afford to pay 80 Euro, which is around U.S. $90. That's a significant reduction in cost compared to the U.S., where a medication abortion can cost anywhere from around $300 to around $800.

Here's how it works: A patient contacts Gomperts through the Aid Access website. After an online consultation, Gomperts fills a prescription at an Indian pharmacy for the drugs mifepristone and misoprostol. Then the Indian pharmacy sends the pills to the patient in the U.S.

In the U.S., mifepristone is FDA-approved for the termination of pregnancy; it's part of a regimen that includes the drug misoprostol. Mifepristone used for abortion has a long history of being regulated under the FDA's most restrictive programs. Currently, the FDA requires mifepristone to be prescribed and dispensed only by health care providers enrolled in the drugs' Risk Evaluation and Mitigation Strategy program, also known as REMS. The REMS program was created to help "ensure safe use" and protect consumers from the risks of complications of drugs.

The FDA argues Aid Access is in violation of the Federal Food, Drug, and Cosmetic Act because the pills Gomperts helps patients get are "unapproved" and "misbranded." It says the pills pose a risk to consumers because they do not adhere to REMS labeling requirements.

Gomperts argues women in the U.S. have a higher risk of dying from childbirth than from a medication abortion. She says, "the whole restriction around abortion pills is political."

"The way that the abortion pills are being restricted, controlled, has nothing to do with sound science," she said. "And the letter obviously is another political attempt to stop access to the medicines."

The FDA has been busy combating the illegal online sales of unapproved medicines. On top of its letter to Aid Access, it also sent a letter to Rablon, an online pharmacy that sells abortion pills. Several Republican members of Congress sent a letter to the FDA thanking it for taking action against both of them.

The FDA's warning letters came amid increased tension around abortion in the U.S. A number of states have passed strict abortion bills this year, including Alabama, Missouri and Georgia.