For The First Time, The FDA Has Approved A Generic EpiPen Alternative 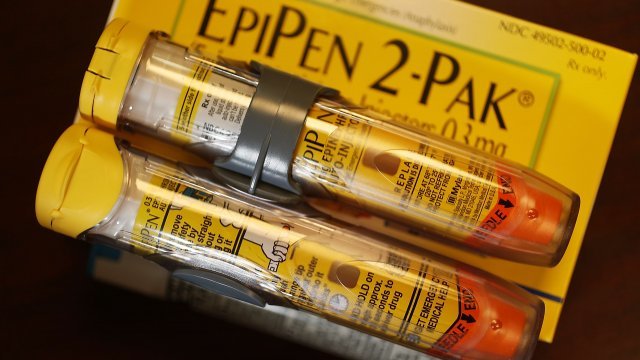 SMS
For The First Time, The FDA Has Approved A Generic EpiPen Alternative
By Gabrielle Ware
By Gabrielle Ware
August 16, 2018
The EpiPen's manufacturer, Mylan, has faced widespread backlash over skyrocketing prices.
SHOW TRANSCRIPT

For the first time ever, the Food and Drug Administration has approved a generic version of the EpiPen.

On Thursday, the FDA announced a non-brand version of the pen by Teva Pharmaceuticals. There are currently two name-brand alternatives to the EpiPen.

The timing of the approval, right as back-to-school season begins, could be good news for people who rely on the pens. There's reportedly a spike in purchases around this time of year, and that can lead to a "limited availability of EpiPen in certain areas in the U.S," according to an FDA spokesperson.

It also follows criticism about rising prices, including from lawmakers. Mylan, the maker of EpiPen, raised its price by more than 500 percent over the course of about 10 years.