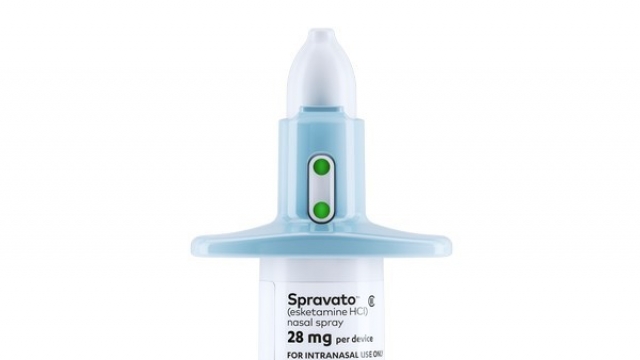 The FDA approved its first new type of antidepressant in decades.

The drug's called esketamine — also known by the brand name Spravato — and it's a chemical cousin of ketamine, an anesthetic used in the club drug Special K. It's a nasal spray used primarily for people who have taken at least two other antidepressants unsuccessfully.

The drug's manufacturer Janssen Pharmaceuticals Inc. — which is owned by Johnson & Johnson — says it's most effective when taken with another oral antidepressant. But one big improvement here is that it's fast-acting. Many people don't see full benefits of some other antidepressants for weeks or months.

A director at the FDA said there'd been a "long-standing" need for this type of treatment. An estimated one-third of people who suffer from major depressive disorder weren't benefiting from prior treatments.

The drug will have to be administered at an approved health care provider's office and cannot be taken home. The patient will then be monitored for at least two hours, and common side effects include dizziness, nausea and feeling drunk.