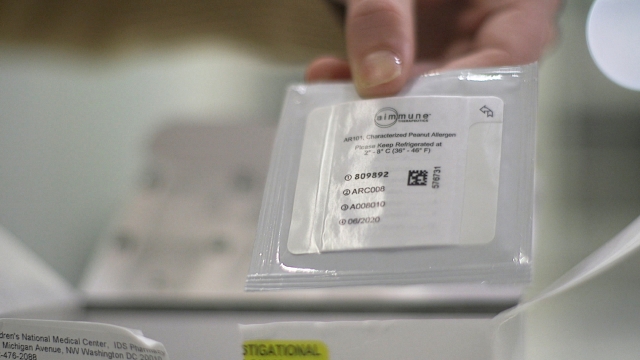 The FDA has approved the first drug to treat peanut allergies in children and teens.

It's called Palforzia, and it was OK'd Friday for children between 4 and 17 years old. It's a specially prepared peanut powder that patients take daily. Doses are then gradually increased to help them build up tolerance.

The drug is intended to reduce the severity of allergic reactions suffered by increasing numbers of American children with potentially life-threatening peanut allergies. But, it won't mean a child with the allergy can start eating peanuts. It's meant to be a measure of protection if they are accidentally exposed.

A study published on the drug in 2018 found that two-thirds of the participants in clinical trials were able to eat the equivalent of two peanuts without allergic symptoms. However, a small percentage of patients also reported severe allergic reactions to the treatment, with some even dropping out of the study due to side effects.