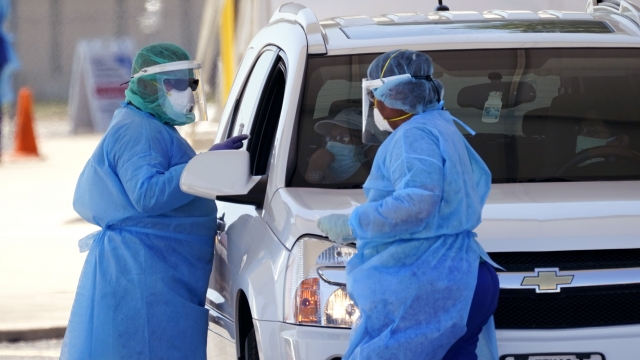 The Food and Drug Administration has given emergency approval for a new groundbreaking coronavirus test.

Researchers at Yale University created the test, known as SalivaDirect. It's said to be less expensive and less invasive than other testing methods like the nasal swab. Users spit saliva into a tube and results can be available within several hours.

The research has yet to be peer reviewed, but Yale says the saliva test results were similar in accuracy to the nasal swab tests.

The FDA says saliva tests in general have shown varied results but the SalivaDirect test met the criteria for emergency authorization.

Yale partnered with the NBA for testing as the league restarted its season. Players and staff have been tested daily for the virus.

Yale says this is a huge step forward in coronvairus testing and "has the potential to be used on a large scale to help protect public health." The researchers also say the test is a cheaper alternative to other tests. It's expected to cost around $10 per sample.