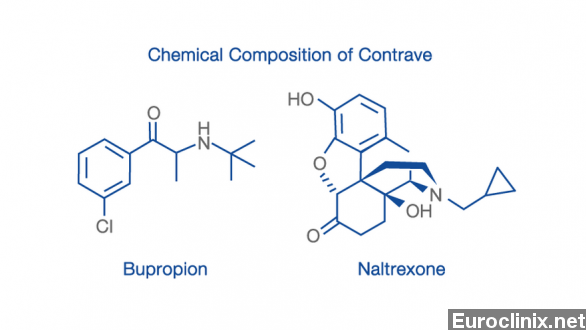 By Sebastian Martinez
September 11, 2014
The FDA has approved yet another weight-loss drug. This one combines an anti-depressant with a drug used to combat addiction. Is it worth the risk?
SHOW TRANSCRIPT

The Food and Drug Administration has approved another weight-loss drug — the third new obesity-related drug in the past two years.

The drug, called Contrave, is made by pharmaceutical Orexigen Therapeutics, and it's a combination of an anti-depressant and a drug used to treat addiction. Doctors on the morning shows explained why that combination might work.

DR. JENNIFER ASHTON, ABC: "It works in the brain to fight those central signals that drive hunger, reward, impulse and send those signals of satiety."

DR. ROSHINI RAJ, NBC: "I think we're finally reaching the point in this country when we realize obesity is not just about people eating too much. It really has to do with brain chemistry, and just telling them, 'Go on a diet, exercise,' may not be enough for a lot of people."

But diet and exercise are still important if users want to see the full benefits of the drug, which in testing helped some users lose more than 5 percent of their body weight.

According to the FDA's press release, side effects could include suicidal thoughts from the anti-depressant; seizures; nausea, headache and vomiting, which are all common with weight-loss drugs; and increased blood pressure and heart rate.

According to NPR, Contrave was originally rejected by the FDA back in 2011 because regulators had doubts about the drug's safety directly related to those increases in blood pressure and heart rate.

The drug was later tested specifically to look at the heart risks before being cleared, and although the study is ongoing, the preliminary results were enough to clear Contrave.

But it now faces an uphill task — the two previous weight-loss drugs to be approved haven't exactly thrived.

As The New York Times reports, "Two drugs approved in 2012 — the first new prescription obesity drugs in 13 years — have had disappointing sales." Analysts say that might be because "many doctors and many obese people do not think of obesity as a disease to be treated by medicine."

The drug will be marketed by Takeda Pharmaceuticals, although it's not yet clear when it will hit the shelves.