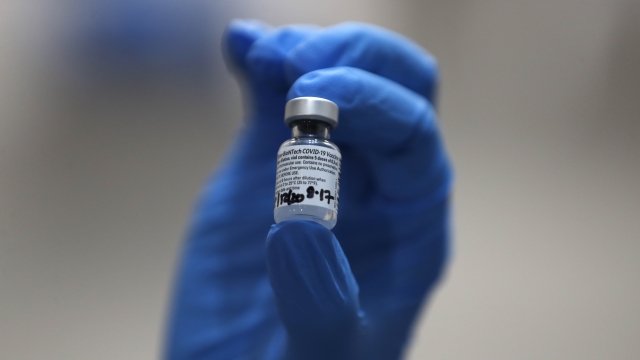 The focus in the U.S. is still on approving a vaccine. Today, Pentagon officials are set to give an update on vaccine distribution plans.

And tomorrow, an FDA advisory committee is scheduled to meet to talk about the next steps to greenlight Pfizer's vaccine. Now, that's a key meeting to watch, because a decision about approval could come within days of Thursday's meeting.

"These independent scientists will debate it, they'll discuss it, they'll see a lot of detail, and then they'll vote. ... Because the data is so positive I think we can anticipate the FDA is likely to follow what the advisers would say."

Yesterday the FDA released a review of the Pfizer-BioNTech vaccine, saying it offers strong protection from the virus.