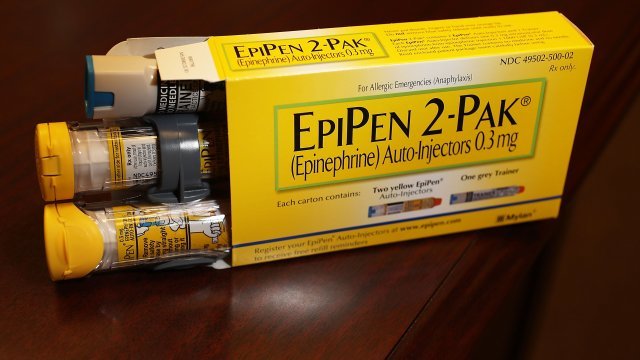 The FDA added EpiPen to its list of drug shortages, citing manufacturing issues.

The U.S. Food and Drug Administration has added EpiPen to its list of current drug shortages, citing a manufacturing delay.

The drug, which is made by Pfizer and distributed by Mylan, is an epinephrine auto-injector used to treat severe allergic reactions.

Reports of EpiPen shortages in parts of the U.S. have circulated recently after a Food Allergy Research and Education Group survey found hundreds of people in 45 states had trouble filling the prescription. On Monday, the advocacy group called on the FDA to take action, prompting the shortage status.

A statement from Mylan said EpiPen is still available amid intermittent supply issues. The company also provided a phone number for patients or pharmacies having trouble locating the drug. An FDA spokesperson told media outlets that the agency anticipates the EpiPen shortage to be short-term.