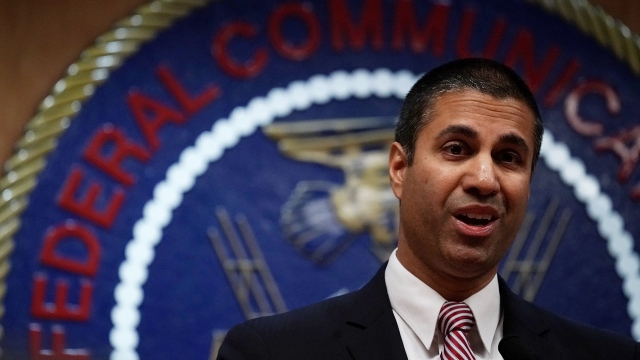 SMS
FCC Votes To Let Phone Carriers Block Robocalls By Default
By Caitlin Baldwin
By Caitlin Baldwin
June 6, 2019
The FCC approved the initiative Thursday, but at least one official thinks it may not go far enough to protect consumers.
SHOW TRANSCRIPT

The FCC has voted in favor of letting phone carriers block robocalls before they reach consumers.

The commission voted on the initiative led by FCC Chairman Ajit Pai on Thursday. Combating robocalls has been one of Pai's top priorities as head of the FCC. In a USA Today op-ed published before the vote, Pai said unwanted robocalls account for "more than 60% of the complaints" the FCC receives.

The ruling means phone companies can now make robocall blocking a default tool instead the current opt-in option most carriers use. The FCC says the change will be more cost-effective for carriers and protect more customers.

But FCC Commissioner Jessica Rosenworcel doesn't think the initiative fully protects consumers. She says the FCC should have also passed a rule blocking phone carries from being able to charge customers for the service.

Rosenworcel says, "I do not think that this agency should pat itself on the back for its efforts to reduce robocalls and then tell consumers to pay up."

Carriers can begin offering the blocking tool as soon they develop the technology.