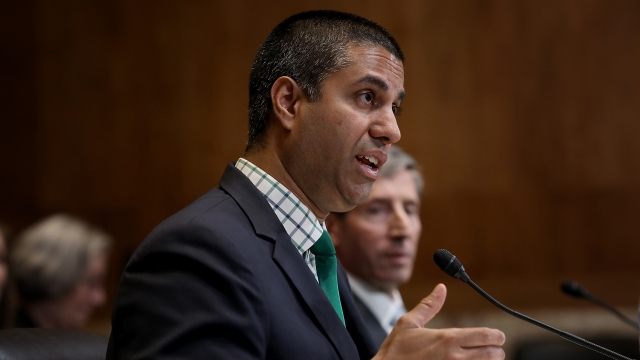 SMS
FCC Chairman Says He Opposes China Mobile Entering US Market
By Alec Larson
By Alec Larson
April 17, 2019
​The company applied for permission to offer telecom services in the U.S. nearly a decade ago.
SHOW TRANSCRIPT

According to The Hill, Pai has released a draft order to block China Mobile's application because he believes it's "vulnerable to exploitation, influence, and control by the Chinese government." The company initially applied back in 2011.

In 2018, a group of executive branch agencies recommended that the FCC deny the company's application due to "substantial national security and law enforcement risks."

And Pai seems to agree. He said in a tweet Wednesday: "After reviewing the evidence, it is clear that China Mobile's application to provide telecom services in the U.S. raises serious national security and law enforcement risks. I oppose its application, which would not be in the public interest."

Pai says the FCC will vote on China Mobile's application on May 9.