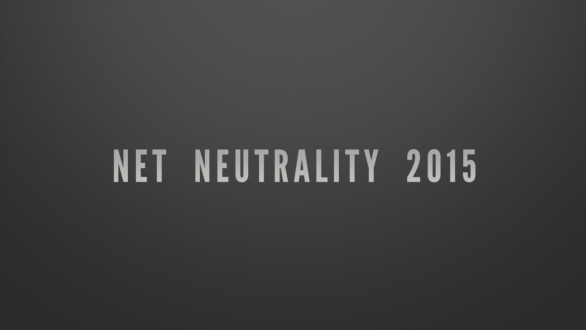 It's a big step forward for net neutrality — the first such step of 2015.

Title II, as a reminder, would give the FCC more leeway to regulate ISPs like utilities. Wheeler envisions rules that level the playing field.

"These enforceable, bright-line rules will ban paid prioritization, and the blocking and throttling of lawful content and services. I propose to fully apply—for the first time ever—those bright-line rules to mobile broadband."

Wheeler points out this is not wholesale application of Title II. He plans to tailor the provisions, adopting some aspects of the old system and discarding others.

"There will be no rate regulation, no tariffs, no last-mile unbundling."

For you Internet users at home, it's not a magic legislation bullet that will cut your Internet bill in half and uncap your bandwidth. But it will give the FCC more power to hold ISPs and wireless carriers to the rules.

As one professor explained to Marketplace: "At the end of the day, nothing immediately changes. We're all talking about when there is inevitably some sort of conflict, how it gets addressed."

Other outlets are a bit more poetic about it. At The Washington Post:

"It is, depending on your ideology, either an unprecedented example of government overreach that will ruin the republic or the most egalitarian, pro-competitive thing the FCC may do in the 21st century."

And The Verge writes, "It's the first time the FCC has shown enough backbone to draw a line in the sand against companies like Comcast, AT&T, and Verizon, who are sure to fight viciously in courts to reverse this action."

That part is a given. Wheeler has said so before:

"The big dogs are going to sue, regardless of what comes out," he said at a press conference in November.

Nothing will be official — or explained in detail — until later this month. Wheeler's proposal will be circulated to his fellow commissioners on Thursday, ahead of a vote on Feb. 26.