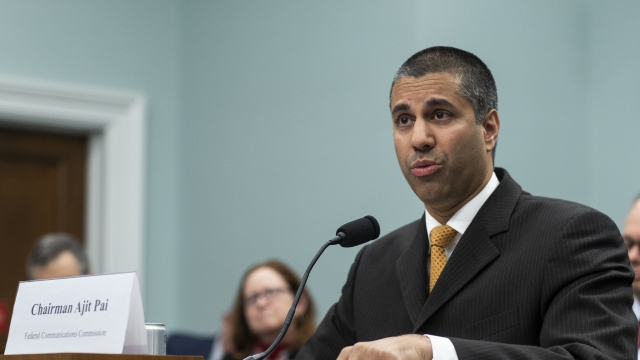 "When we make it easier for people in need to seek help, many will do so."

FCC Chairman Ajit Pai stopped by the National Council for Behavioral Health on Tuesday to discuss the FCC's efforts to make 988 the nation's suicide and mental health crisis hotline.

Pai delivered his remarks alongside a coalition of congressional leaders and mental health advocates, including representatives from the Department of Veterans Affairs and The Trevor Project, an LGBTQ youth advocacy group.

Sam Brinton of the Trevor Project said: "Suicide doesn't discriminate, right? That's the hard part, that everyone is affected by it — and yet, we recognize there are high-risk populations. When this all came out, Chairman Pai noted that high-risk populations like LGBTQ youth and veterans will find an easier way to the services they need with an easier to remember number."

The chairman said the 988 number would route to the established National Suicide Prevention Lifeline. He noted that the proposal could make all the difference to people struggling with their mental health and that it needed to be part of a broader, bipartisan effort to improve the U.S.' mental health support network.

The proposal for a three-digit number followed federal legislation passed last year that called for improvements to the current hotline system. The FCC will take a formal vote on the change on Dec. 12.

The Substance Abuse and Mental Health Services Administration reports more than 2.2 million people called the National Suicide Prevention Hotline in 2018. Health officials also report that over 47,000 people in the U.S. died by suicide in 2017 and at least 1.4 million attempted suicide.