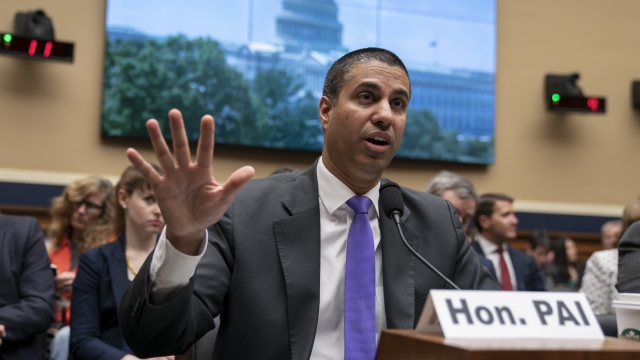 SMS
FCC Set To Approve New 5G Wireless Network, Despite Pentagon Warnings
By LeeAnne Lowry
By LeeAnne Lowry
April 18, 2020
The company that will develop the new 5G assured the FCC it will follow certain conditions to prevent interference with GPS.
SHOW TRANSCRIPT

The FCC is backing a new 5G wireless network, despite warnings from the defense department.

The Pentagon says the technology might interfere with GPS services. But Ligado Networks, the company that will develop the new 5G, assured the FCC it'll follow certain conditions to prevent interference. It has been trying to build the network for about a decade. But it was previously denied FCC approval because the frequencies are lose to GPS signals used for weather predictions and the military.

Attorney General William Barr, who used to represent telecommunications clients, praised the FCC on Thursday. He says the technology will allow the U.S. to be more competitive with China. The president's advisers have warned against allowing Chinese companies to get ahead in 5G, for fear it could compromise intelligence between the U.S. and allies.

Secretary of State Mike Pompeo also voiced support for the network. He said it would ensure that the U.S. is a leader in new technology such as artificial intelligence and telemedicine.