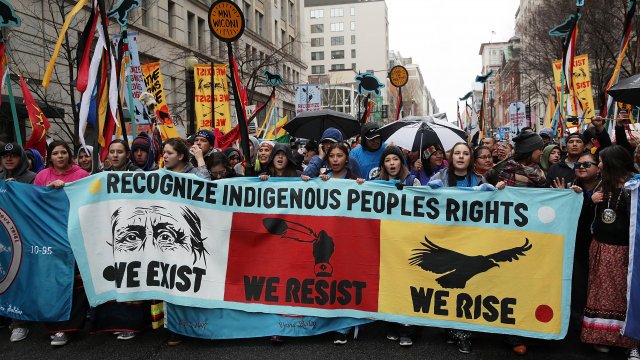 On Wednesday, the FCC approved a measure to help expand the availability of internet on tribal lands.

The FCC will reallocate and auction off a block of 2.5 gigahertz spectrum ... previously only reserved for educational TV.

Native American tribes across the U.S. have very limited access if ANY to broadband. It’s one part of what some people call the great digital divide.

According to the U.S. Census Bureau, 53 percent of people living on Tribal lands have access to high-speed internet, compared to 82 percent of households nationally.

The new FCC measure will create a  “priority filing window” for tribal nations to apply for internet spectrum before it’s available to anyone else. That’s the wireless signal that today’s networks are built on ..  and could eventually make way for 5G internet in those areas.

For too long those in these communities have lacked meaningful access to modern communications. Native Americans should not be the last Americans with access to broadband. Addressing this problem will take more than what we do here, but it’s an initiative that I support.

The digital divide is most keenly felt in Indian Country. I want to make sure that those committed to connecting tribal members in rural areas are given a strong opportunity to succeed.