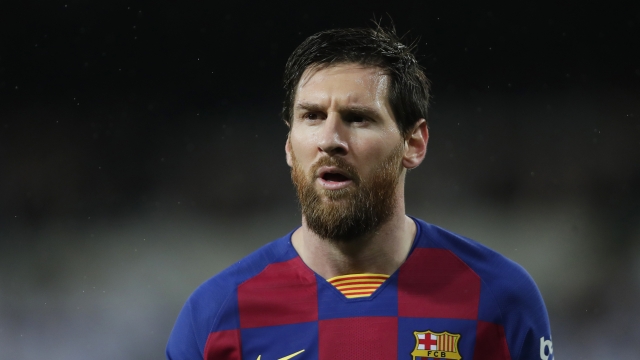 Soccer star Lionel Messi and his teammates on FC Barcelona are taking a 70 percent pay cut in an effort to support employees at the club amid the coronavirus outbreak.

According to a statement from the club Monday, the players agreed to a salary slash to help pay off-the-field FC Barcelona employees who are feeling the economic toll of the coronavirus. The club says the players' contributions, along with additional funds from the club itself, "will guarantee 100% of the salaries of all non-sporting staff at the club."

Forbes estimates the cut could cost Messi, one of the world's highest-paid soccer players, about $50 million.

The announcement comes as soccer clubs throughout Europe, such as Juventus, make similar financial cutbacks.

In a statement Monday, Messi posted on Instagram, that he and his teammates "would like to make it clear that we have always wanted to reduce our salaries as we perfectly understand that this is an exceptional situation and we ALWAYS were the first ones to help the club when it asked. Actually, we have done that on our own in moments when we felt it was necessary or important."

Meanwhile, the team's home base of Spain, continues to fight the virus, which has left it with the second highest death toll in the world, according to Johns Hopkins University.