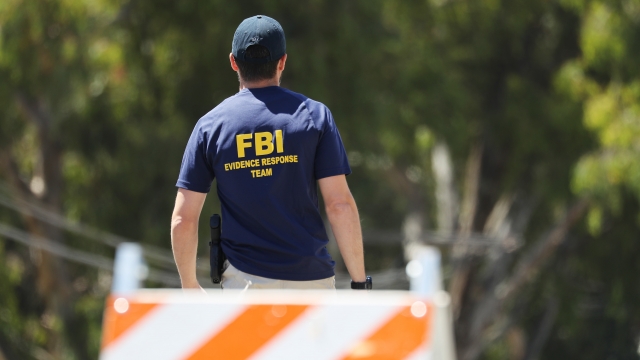 President Brian O'Hare said, "Domestic terrorism is a threat to the American people and our democracy. Acts of violence intended to intimidate civilian populations or to influence or affect government policy should be prosecuted as domestic terrorism regardless of the ideology behind them."

Thirty-one people have died so far and dozens more were injured in the mass shootings in Dayton, Ohio, on Aug. 4 and in El Paso, Texas, on Aug. 3. The shooting in an El Paso Walmart is being investigated as domestic terrorism. Prosecutors said they were seeking federal hate crime and federal gun charges, which could carry the death penalty.

In another shooting on July 28, three people were killed and 16 others were injured at the Gilroy Garlic Festival in California. The FBI is also opening a domestic terrorism investigation into that attack.

The FBI Agents Association says making domestic terrorism a federal crime would give FBI agents and prosecutors the "best tools to fight" it.

The FBIAA is an organization of more than 14,000 active and former special agents who support and advocate for one another.

On May 8, the Senate Homeland Security committee asked FBI Director Christopher Wray and Attorney General William Barr how the FBI and DOJ track, categorize and share information when it comes to domestic terrorism and threats. In separate letters, they asked for specific data on past attacks and for lists of staff and resources, among other things. But as of Monday, the senators hadn't received a response. They sent follow-up letters noting that Wray and Barr had yet to answer their questions.

Sens. Ron Johnson and Gary Peters sent letters Monday that said, "Since the date of our request, there have been numerous mass attacks, including Virginia Beach, VA; Gilroy, CA; El, Paso, TX; and Dayton, OH. ... These continued mass attacks make it clear that the federal government has more work to do in preventing domestic terrorism."