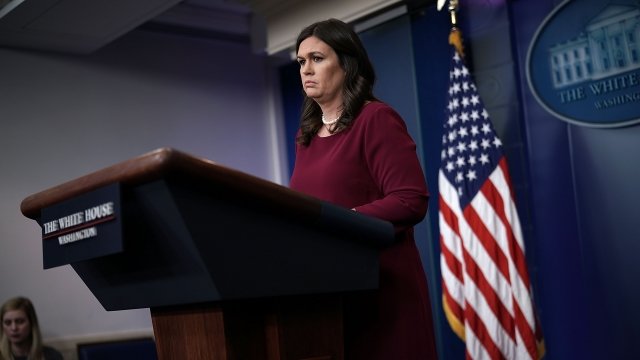 The FBI and the White House have some pretty contradictory statements about former White House secretary Rob Porter.

FBI Director Christopher Wray said Tuesday the agency delivered final results of a background check on Porter to the White House last month, weeks before he resigned, and the bureau initially gave the White House a complete background report back in July.

Porter's ex-wives reportedly told the FBI about Porter's alleged abuse for at least the final report. The contents of July's report aren't publicly known, but the White House continued to let Porter serve.

Further complicating things, Wray said after sending the report in July the FBI was asked to conduct a follow-up check on Porter. Those requests typically come from a senior White House official.

But White House officials have said repeatedly that the background check on Porter was still "ongoing" and they didn't know about the allegations until the media reported it last week.

President Donald Trump has defended Porter since the claims surfaced.