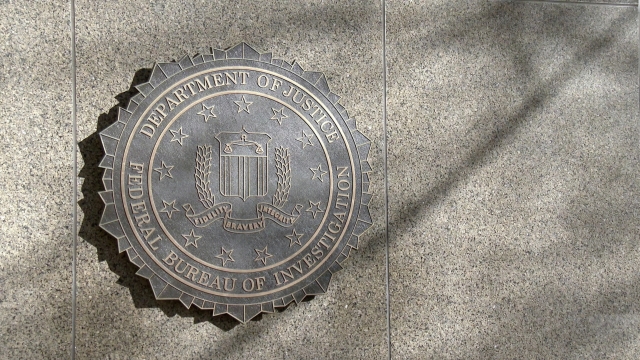 SMS
FBI Warns Of Possible Copycat Attacks After El Paso And Dayton
By Johannah Grenaway
By Johannah Grenaway
August 5, 2019
The FBI is concerned others could be inspired by the high-profile attacks and asks public to report any suspicious activity to police.
SHOW TRANSCRIPT

After two mass shootings in just two days, the FBI released a statement warning of the potential threat of copycat attacks.

It says "The FBI remains concerned that U.S.-based domestic violent extremists could become inspired by these and previous high-profile attacks to engage in similar acts of violence." It asks the public to report any suspicious activity, either in person or online, to law enforcement.

The Secret Service National Threat Assessment Center released its annual report on public mass attacks in July. It found commonalities between many attackers, including their motives; some were motivated by a grievance, two-thirds had mental health challenges and nearly all experienced significant stressors in their lives. Most attackers also made threatening or alarming communications prior to the attacks. The report also cited cases like the Tree of Life Synagogue shooting in Pittsburgh, where the alleged gunman posted anti-Semitic messages on social media before the attack.

After two attacks took place within 13 hours of each other in El Paso, Texas, and Dayton, Ohio, FBI Director Christopher Wray has ordered senior FBI officials to put together a new threat assessment report focusing specifically on mass shootings.

The Dayton attacker's motive is still unclear. CNN reports that nearly a decade ago, when he was in high school, he was investigated for allegedly keeping a "hit list" of his classmates' names.

It's speculated that the suspect in the El Paso shooting, which left over 20 people dead, may be connected to a four-page "manifesto" posted online. A federal law enforcement official told The New York Times the suspect did, in fact, write the document, but that hasn't been officially confirmed. The document contained racist and anti-immigrant ideas, and its author claimed to be inspired to violence by the mass shooting in Christchurch, New Zealand. They wrote, "I'm probably going to die today." It was posted 19 minutes before the first 911 call reporting the shooting.

There is no evidence of a connection between the mass shootings on Aug. 3 and 4. It's unclear if the Dayton shooting was influenced by other mass shootings, but the El Paso shooting suspect, if linked to the manifesto, may have been. A New York Times study about white supremacist attacks found there are often links between attackers across the globe.

J.M. Berger is the author of the book "Extremism" and a research fellow with VOX-Pol, a European academic initiative to study online extremism. He's studied the links between mass shooters. Speaking to the Times, he specifically noted attacks in Canada and Norway were found to have inspired the Christchurch shooting, and the Canadian attacker, in turn, had "read extensively" about the deadly shooting at a black church in South Carolina.

Berger said, "This is a particularly strong wave, and I think it's being fueled by a lot of political developments and also by the sort of connective tissue that you get from the internet that wasn't there before that's really making it easier for groups to be influenced and to coordinate, or not necessarily coordinate but synchronize over large geographical distances."

Wray said he has been in contact with President Trump and Attorney General William Barr about the two recent shootings. Wray said, "We will bring the full resources of the FBI to bear in the pursuit of justice for the victims of these crimes."