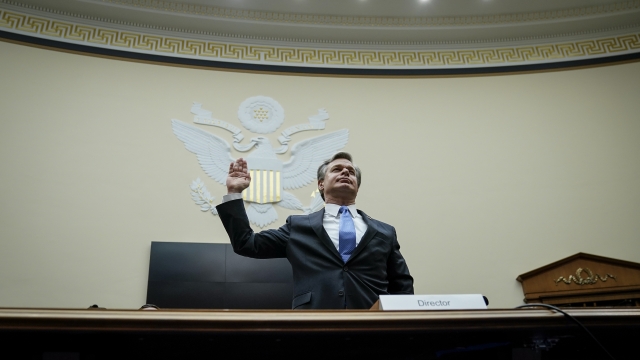 In December, the DOJ's inspector general disclosed several "serious performance failures" with regard to some of the FBI's Foreign Intelligence Surveillance Act court applications during its investigation into Russian election interference.

According to an order released by the FISA court last month, the DOJ believes at least two of the four FISA applications used to surveil former Trump campaign adviser Carter Page contained "material misstatements and omissions."

The DOJ concluded "there was insufficient predication to establish probable cause to believe that Page was acting as an agent of a foreign power." As such, it deemed the court's authorizations of those applications invalid.

On Wednesday, Wray testified before Congress for the first time since the inspector general report was released. He told lawmakers that the report describes conduct he considers "unacceptable and unrepresentative of who we are as an institution."

Republican lawmakers placed much of the blame for those failures on Wray, saying the FBI violated Page's civil rights.

Wray, who has led the FBI since 2017, defended the bureau and the FISA process, saying it's essential to "stay ahead of the threat or we're all going to regret it." He told the committee about more than 40 reforms in response to the inspector general report, including more training for how to apply for FISA warrants.

But Republicans said those changes aren't enough, suggesting even stricter FISA guidelines. Wray said the bureau would have to be careful in considering the proposals to avoid "unintended consequences."