Suspect In Murder Of Federal Officer Allegedly Linked To 'Boogaloos' 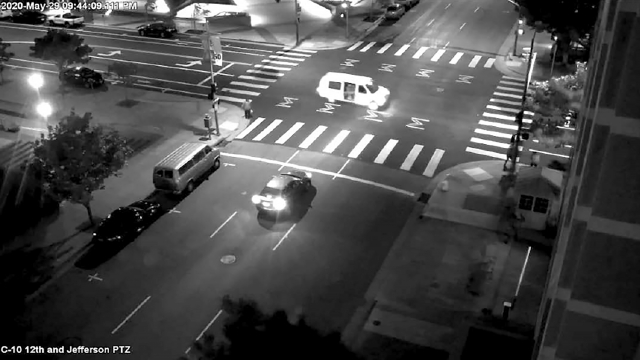 The FBI said the suspect appeared to have written phrases like "boog" and "stop the duopoly" on a stolen car in his own blood.

Federal authorities say a suspect charged with the murder of a  government security officer had symbols linked to the far-right "Boogaloo Boys" movement.

In late May — during protests against police brutality — a van pulled up outside a federal courthouse in Oakland, California. The suspect is accused of shooting two security officers from the van, killing one and injuring the other. Authorities say the suspect was using the protests as a cover.

The suspect, an active-duty Air Force staff sergeant, is also charged with the murder of another officer eight days later. He could face the death penalty.

The FBI said the suspect appeared to have written "boog" and "stop the duopoly" on a stolen car in his own blood. "Stop the duopoly" is sometimes used in reference to the country's two-party political system.

An attorney for the defendant said people shouldn't rush to judgment because "there is more to" him than "the picture painted by law enforcement."