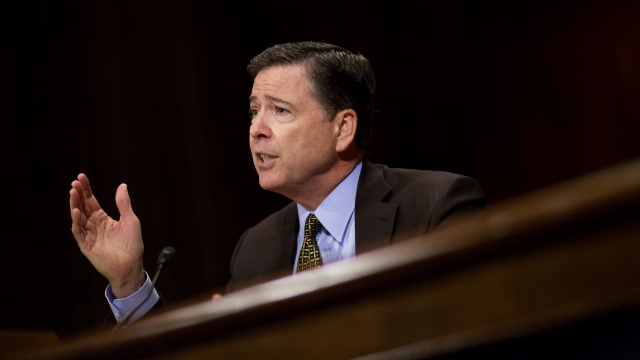 SMS
Comey Stands By October Clinton Decision But Feels 'Mildly Nauseous'
By Lauren Stephenson
By Lauren Stephenson
May 3, 2017
FBI Director James Comey said he stands by his decision to alert congressional leaders that his investigators were looking into new Clinton emails.
SHOW TRANSCRIPT

"Look, this was terrible. It makes me mildly nauseous to think that we might have made some impact on the election. But honestly, it wouldn't change the decision," FBI Director James Comey said.

Comey is standing by his decision to tell congressional committee leaders his team was again looking into Hillary Clinton's emails — just days before the presidential election.

"I've lived my entire career by the tradition that if you can possibly avoid it, you avoid any action in the run-up to an election that might have an impact," Comey said. "But I sat there that morning and I could not see a door labeled 'no action here.'"

Comey, who was testifying before the Senate Judiciary Committee on Wednesday, said he saw only two choices. In his words, they were to "speak" or to "conceal."

Given that he told Congress the FBI was done investigating Clinton's use of a private email server, Comey said he felt not saying something "would require an act of concealment." 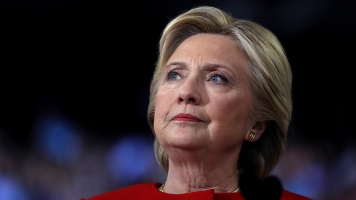 "What they could see from the metadata [on Weiner's laptop] was that there were thousands of Secretary Clinton's emails on that device, including what they thought might be the missing emails from her first three months as secretary of state. We never found any emails from her first three months she was using a Verizon Blackberry then, and that's obviously very important because if there was evidence that she was acting with bad intent, that's where it would be," Comey told Sen. Dianne Feinstein.

According to the director, he and his staff debated which path to take. One lawyer even asked him about the potential that notifying the committee could end up helping to elect Donald Trump.

"I said, 'Thank you for raising that. Not for a moment because down that path lies the death of the FBI as an independent institution in America,'" Comey recounted.

But Democratic members of the committee saw it much differently.

"There was no information and the election was lost," Feinstein said. "I think this theory does not hold up when you look at other investigations."

"On a number of occasions you chose to comment directly and extensively on that investigation," Sen. Patrick Leahy said. "But you said absolutely nothing regarding the investigation into the Trump campaign's connections to Russia's illegal efforts to help elect Donald Trump."