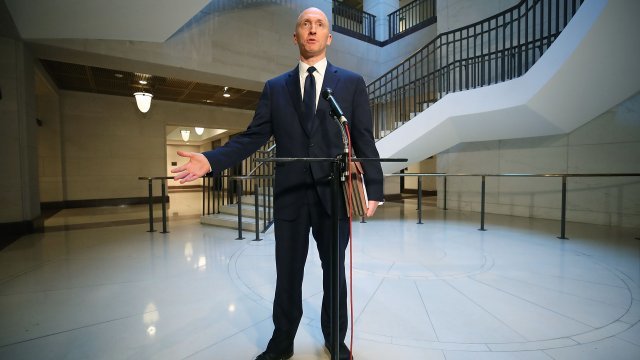 Republicans and Democrats have debated whether the FBI improperly surveilled Page. Republicans claim the surveillance was abuse on the FBI's part and that the agency targeted members of the Trump campaign.

Trump furthered that claim Sunday, tweeting: "Looking more & more like the Trump Campaign for President was illegally being spied upon (surveillance) for the political gain of Crooked Hillary Clinton and the DNC."

But the materials don't seem to support that. According to the surveillance application, the FBI believed Page was targeted by the Russian government in its efforts to interfere in the 2016 election.