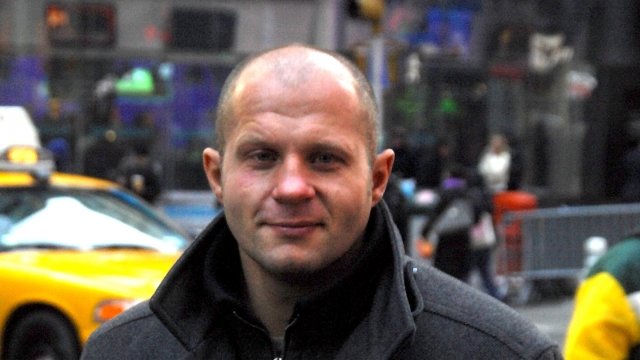 SMS
FBI Reportedly Interviewed MMA Fighter With Ties To Trump And Cohen
By Ethan Weston
By Ethan Weston
April 29, 2018
Fedor Emelianenko's manager confirmed he was questioned by the FBI on Tuesday.
SHOW TRANSCRIPT

Fedor Emelianenko was interviewed by agents on Tuesday according to his manager, and agents were reportedly at his fight on Saturday.

Putin has been photographed with the fighter and attended his fights. And Emelianenko signed with a fighting league Trump was a partial owner of back in 2008. Cohen was that league's COO.

It's not clear why the FBI met with Emelianenko or if it was at all related to the Russia investigation or the FBI raid on Cohen's office, home and hotel room.