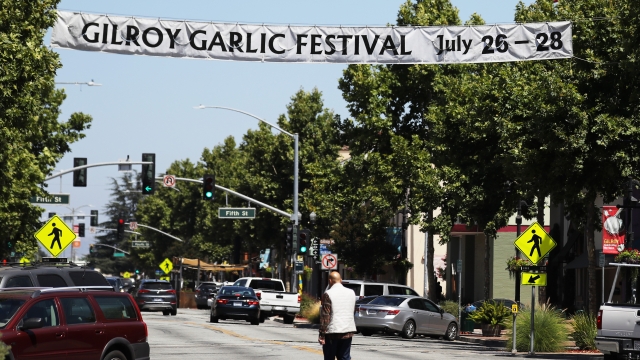 SMS
FBI Opens Domestic Terrorism Probe Into Gilroy Festival Shooting
By Katie Cammarata
By Katie Cammarata
August 7, 2019
The FBI is launching a domestic terrorism investigation into the Gilroy, California, shooting after finding a target list from the shooter.
SHOW TRANSCRIPT

"The FBI has opened a full domestic terrorism investigation into this mass shooting," Special Agent in Charge John Bennett said.

"To the families of Stephen, Keyla, and Trevor: I know that nothing we can say or do will ever bring back your loved ones. But I want you to know that everything that law enforcement is doing — from our methodical examination of our evidence to our outreach to all of the victims and their families to our ongoing investigation — everything is being done with you in our minds," Bennett said.

Bennett said the FBI didn't start the probe sooner because an incident must meet certain requirements to be investigated as domestic terrorism. There must be a potential federal violation; unlawful use of force or violence, or the threat of force or violence; and, Bennett said, most importantly, ideological motivation.

He said while the FBI is still trying to determine a motive for the Gilroy shooting, the evidence the agency has found is enough to open the investigation.

The case is ongoing.