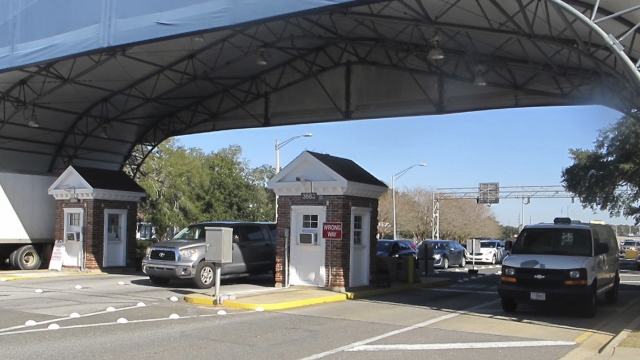 The FBI said it broke into the shooter's iPhones without any help from Apple.

Attorney General William Barr says the FBI has unlocked smartphone information tying the shooter in a deadly Florida naval base attack to Al-Qaeda.

In a press conference Monday, Barr said the two iPhones belonged to a Saudi Arabian military member who used to train at a base in Pensacola, Florida. In December, that man opened fire with a handgun in a classroom building on base and was killed in an exchange of gunfire with police. Three U.S. sailors were killed and eight others were injured.

"The phones contained information previously unknown to us that definitively established Alshamrani’s significant ties to Al-Qaeda in the Arabian Peninsula, not only before the attack, but before he even arrived in the United States," Barr said.

The FBI initially asked Apple to help it break into the suspect's iPhones, but the company declined. Barr had criticized Apple for building its phones with encryption, making it harder for authorities to get in to.

"We received effectively no help from Apple. We canvassed every partner out there and every company that might have had a solution to access these phones," FBI Director Christopher Wray said. "None did, despite what some claimed in the media, so we did it ourselves."

Apple previously said it wouldn't give the government special access because people "who threaten our national security" could also gain access.