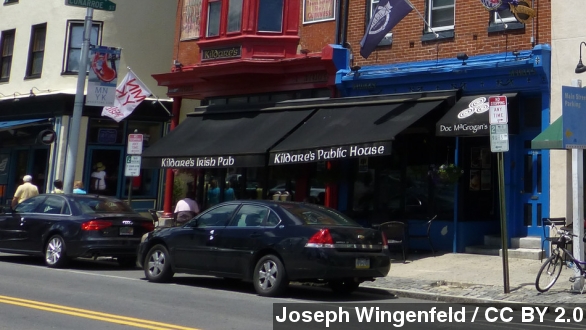 SMS
FBI Joins Search For Missing West Chester Student
By Jay Strubberg
By Jay Strubberg
November 30, 2014
Shane Montgomery disappeared around 1 a.m. Thursday morning outside a pub, and police, volunteers and federal agents have searched for him ever since.
SHOW TRANSCRIPT

The FBI has joined the search for Shane Montgomery, the missing college student who was last seen leaving a bar in a north Philadelphia neighborhood on Thanksgiving eve.

The 21-year-old West Chester University student reportedly disappeared around 1 a.m. Thursday at Kildaire's pub in Philadelphia's Manayunk neighborhood during a night of bar hopping with friends.

According to WCAU, Montgomery's parents say he got kicked out of the bar after he "bumped into the DJ table." Another source says "there was a fight outside the pub" but it's unclear if Montgomery was involved.

Montgomery's mother is quoted in WPVI saying, "He wasn't inebriated. He wasn't stumbling drunk. He seemed to be fine the last time people saw him."

An FBI spokesperson also said it's normal for federal agents to get involved when a person disappears under "suspicious circumstances." Federal agents are assisting local police along with dozens of volunteers to search for Montgomery. The FBI says it's also reviewing surveillance footage.

Meanwhile, Montgomery's family is reportedly offering a $15,000 reward for any information on his whereabouts. (Video via KYW-TV)

The search efforts have used social media as a vehicle as well. #HelpFindShane trended on Twitter over the weekend with many people sending their support to try and find the missing student.