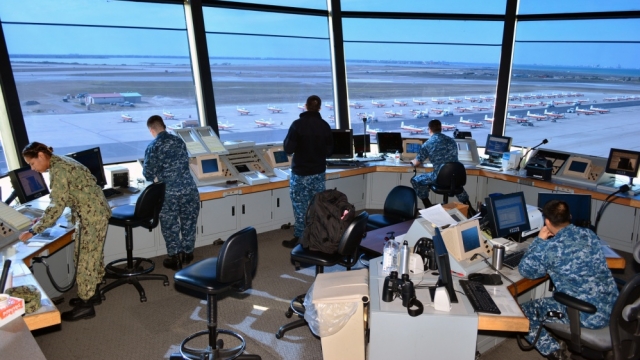 The FBI says it's investigating a shooting at Naval Air Station Corpus Christi in Texas as "terrorism-related" but didn't go into detail.

The FBI says it's investigating a shooting at Naval Air Station Corpus Christi in Texas as "terrorism-related."

The shooter tried to get through a security gate at the naval air station Thursday morning. He opened fire and wounded a sailor, who raised a barrier that stopped the man from entering the base, according to The Associated Press. Security personnel shot and killed the man, who has not been identified.

"The shooter has been neutralized. One sailor attached to ANS Corpus Christi security forces was injured, but that sailor is in good condition and is expected to be released later today," Jonathan Hoffman, assistant to the secretary of defense for public affairs, said. "They're continuing to investigate in coordination with state and local law enforcement and NCIS."

The base was under lockdown for about five hours before reopening.

"We may have a potential second related person of interest at large in the community, but we would encourage the public to remain calm, and if you see something, say something."

She did not explain why investigators believe the shooting is terrorism-related.