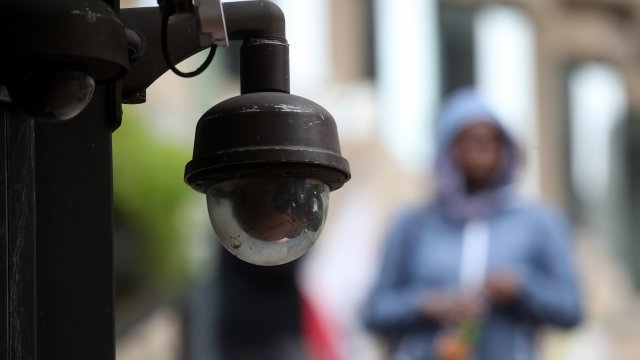 The FBI and U.S. Immigration and Customs Enforcement are reportedly using driver's license photos for facial recognition searches — without their owners' knowledge or permission.

According to documents obtained by Georgetown Law researchers and provided to The Washington Post, officials with both agencies have been using state DMV databases as "gold mines" for facial recognition data. The New York Times also obtained the same documents.

The Post says the FBI and ICE have scanned millions of license pictures from those databases to create an unofficial surveillance system. And that system could be used to track both criminals and those who have never committed a crime.

But here's the problem: Congress hasn't given the green light for the development of such a system. And lawmakers and privacy experts have repeatedly criticized facial recognition technology as an invasion of privacy and even dangerous.

A spokesperson for ICE declined to answer questions about how it uses facial recognition searches. But the FBI pointed the Post to testimony one of its top officials gave last month. She said facial recognition technology is critical "to preserve our nation’s freedoms, ensure our liberties are protected, and preserve our security."