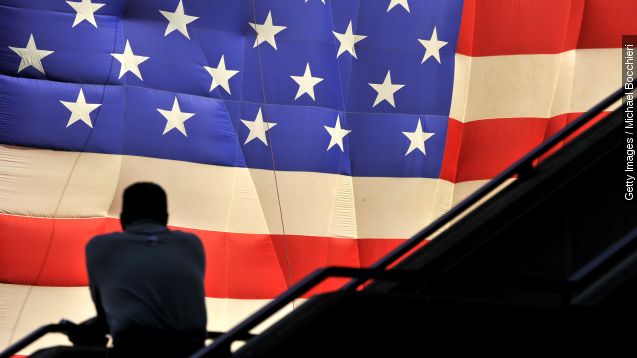 The warning was issued by the FBI and the Department of Homeland Security shortly after Friday's attack on a beach resort in Tunisia.

The FBI and Department of Homeland Security are telling people to be on high alert for terrorist attacks on the Fourth of July as threats from ISIS grow.

The warning didn't mention any specific known plots but especially urged local law enforcement to be on the lookout over the holiday weekend, telling them to be "vigilant and prepared."

These warnings go out on a regular basis, but former Deputy CIA Director Michael Morell told CBS this one is different.

"There's nothing routine about this particular one to me. This one really resonates with me. ... I wouldn't be surprised if we're sitting here a week from today, talking about an attack over the weekend in the United States. That's how serious this is," Morell said.

And as ABC points out, U.S. officials are working hard to shut down any would-be attacks:

"The FBI is scrambling to track the followers here with hundreds of investigations underway, making seven arrests in the last two weeks alone."

Most recently, a gunman attacked a beach resort in Tunisia on Friday, killing more than 30 people. ISIS claimed responsibility for the attack. (Video via Television Tunisienne)

Mentioning previous ISIS-linked attacks in the U.S. in recent months, Michael McCaul, chairman of the House Committee on Homeland Security spoke with CNN after the warning.

"I believe as we approach the Fourth of July, we're probably going to see a lot more of these attacks, small scale, ramping up."

The FBI / Homeland Security warning says it encourages citizens to go out to public events on the fourth, but reminds everyone: “If You See Something Say Something."