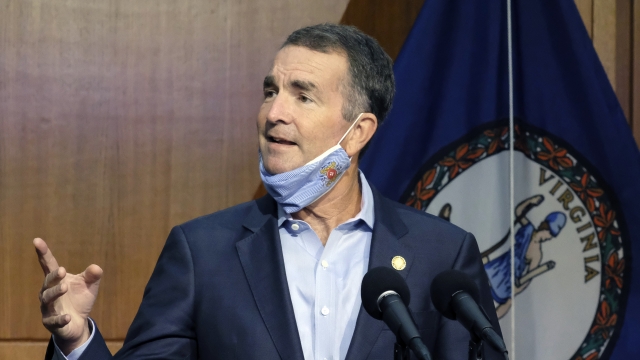 The federal court hearing was for a group of five men who are accused of plotting to kidnap Michigan Gov. Gretchen Whitmer. Thirteen men were were arrested last week, some of whom were charged in Michigan state court.

On Tuesday, Special Agent Richard Trask the group of men met in Ohio in June, where they also discussed "taking out" Gov. Northam. According to a state official, Gov. Northam was not briefed on any potential threat but the FBI was in touch with his security team. A statement from the governor's office reads in part:

"President Trump called upon his supporters to “LIBERATE VIRGINIA” in April — just like Michigan. In fact, the President regularly encourages violence against those who disagree with him. The rhetoric coming out of this White House has serious and potentially deadly consequences. It must stop."

President Trump urged supporters to "LIBERATE" Michigan, Virginia and Minnesota in a series of tweets in April, encouraging protesters who turned up at state Capitols to oppose restrictions aimed at minimizing the spread of the virus.

Following the arrests last week, the White House said the president has condemned hate. The president himself tweeted: "I do not tolerate ANY extreme violence." But he also doubled down on his demand for Michigan Gov. Whitmer to open up her state.

Additional reporting by David Eggert and Kathleen Foody of The Associated Press.