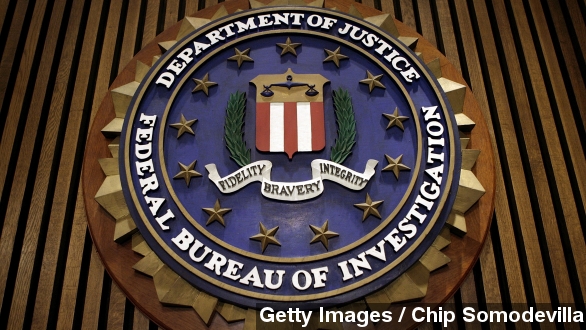 It's a program that still sounds futuristic, even today. The FBI announced its facial recognition program is finally up and running — and it has some privacy advocates a little concerned.

Labeled as the “Next Generation Identification System," or NGI, the $1-billion program has been in development since at least 2008 when the FBI announced it was granting Lockheed Martin a contract to start building it.

As you’d expect with facial recognition technology, NGI will pull in photos “associated with criminal identities” and compare them to millions of other photos taken from various sources.

The system has been used successfully at least once already, helping catch longtime fugitive Neil Stammer.

He had been on the run from the FBI for 14 years but was found in Nepal when the U.S. Department of State found his photo on a passport with a different name. (Video via KRQE)

Using a Freedom of Information Act request, the Electronic Frontier Foundation obtained FBI documents showing the agency plans to have 52 million photos in its database by 2015.

Here's where we get to the part that has privacy activists concerned.

Along with the fact that non-criminal photos are being stored in the database, the EFF says the FBI won't take responsibility for inaccurate matches. Also, nearly a million of the database's photos will come from unexplained sources.

A writer for Techdirt isn’t a big fan of the program either, saying: "This program has some very serious issues, and it's only going to get worse unless someone outside the FBI intervenes."

And Engadget says the system’s 85 percent accuracy is a little worrisome as well, pointing out that there’s no explanation for what happens when the NGI generates a list of potential suspects which lacks the actual criminal.

Following the EFF report, FBI director James Comey spoke at a House Judiciary Committee hearing in June to address concerns over the scope of the NGI’s database.

FBI DIRECTOR JAMES COMEY VIA C-SPAN: “The pilot is mugshots because those are repeatable, we can count on the quality of them. … There was not a plan and there isn’t at present to add other, non-mug-shot photos.”

Which would seemingly contradict the documents the EFF dug up. The FBI plans to eventually roll out more parts of its new NGI system, including voice and iris identification.