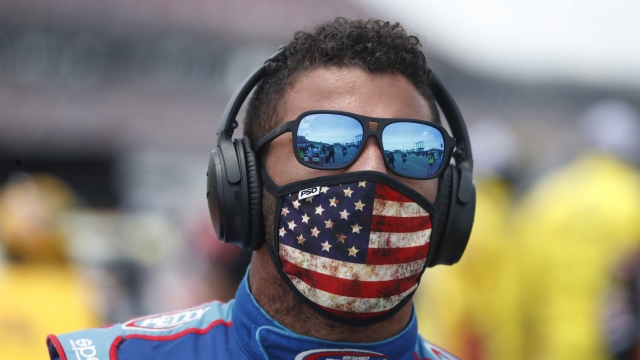 Federal authorities say the noose found in NASCAR driver Bubba Wallace's garage stall at an Alabama race track had been there since at least last year.

The U.S. Attorney's Office for the Northern District of Alabama said in a statement Tuesday it determined the noose found in Wallace's stall was there from "as early as October 2019." The agency ultimately "concluded that no federal crime was committed," as "nobody could have known" Wallace would be assigned to that garage stall before the noose's discovery.

Wallace, the only Black driver in NASCAR's top racing circuit, successfully lobbied the company to ban Confederate flags at its venues earlier this month. A member of Wallace's team discovered the noose before a race at Talladega Superspeedway on Sunday and immediately notified NASCAR, which in turn asked the FBI to get involved.

NASCAR says it is "thankful to learn that this was not an intentional, racist act against Bubba" and that it "[remains] steadfast in [its] commitment to providing a welcoming and inclusive environment for all who love racing."