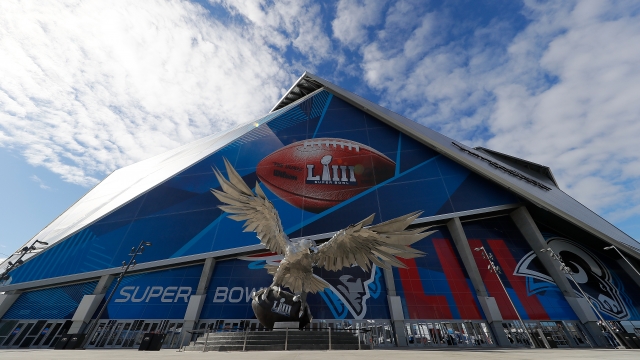 Despite a restriction banning drones from flying in the vicinity of this year's Super Bowl venue, the Mercedes-Benz Stadium in Atlanta, the FBI says that the skies have been "inundated" with the remotely-controlled aircrafts.

According to the FBI, there are worries that the drones could potentially injure tourists and possibly even collide with aircraft.

Officials have been confiscating drones that enter the restricted area all week, with penalties for the pilots including fines and even potential jail time.

According to FBI spokesman Kevin Rowson, “If these drones go out of control — if a pilot loses control of one — they can go into a crowd and cause serious injuries."