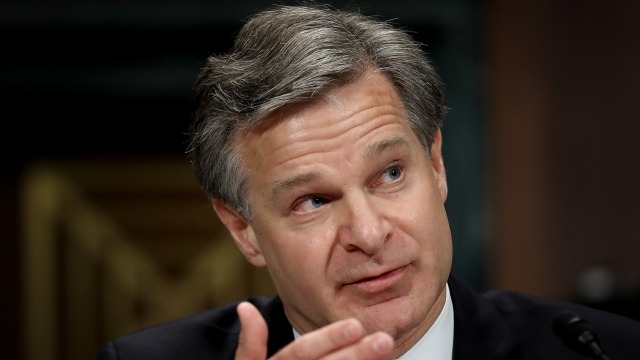 FBI Director Christopher Wray is warning lawmakers that Russia is still adamant in its efforts to meddle in upcoming U.S. elections.

During a Senate Judiciary Committee hearing on Tuesday, Wray said "Russians are absolutely intent on trying to interfere with our elections," despite efforts by the U.S. to deter them otherwise.

Former special counsel Robert Mueller's investigation concluded that Russia did meddle in the 2016 election in a "sweeping and systematic fashion." The report found that Russia carried out online disinformation via social media, as well as helped the spread of material hacked from Democratic politicians and organizations – all in an effort to help President Trump's campaign.

President Trump received some criticism while in Japan for the G-20 summit last month after sharing a laugh with Russian President Vladimir Putin over election interference. He has previously cast doubt on the possibility Russia interfered in the 2016 election, at times even doubting reports from the intelligence community on the subject.