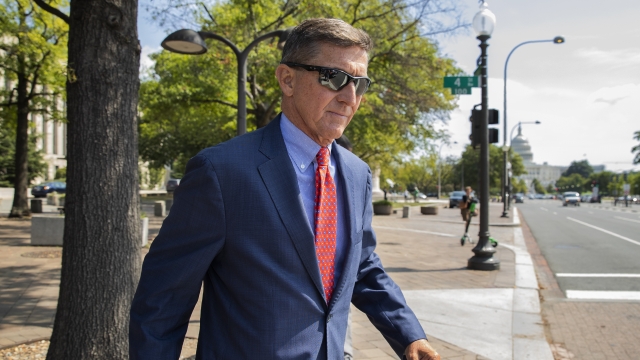 SMS
FBI Director Orders Internal Review Of Michael Flynn Investigation
By Ahmed Jawadi
By Ahmed Jawadi
May 22, 2020
Chri​stopher Wray said the FBI's Inspection Division will look into "whether any current employees engaged in misconduct" during the investigation.
SHOW TRANSCRIPT

Wray said in a statement Friday he's instructed the Bureau's Inspection Division to look into "whether any current employees engaged in misconduct" during the investigation and assess whether any improvements need to be made to FBI policies and procedures.

Flynn pleaded guilty in 2017 to lying to the FBI about conversations he had with a Russian ambassador but recently asked to withdraw that plea. The Justice Department moved to drop the criminal case against Flynn earlier this month, saying it had determined the FBI didn't have good enough reasons to interview him in the first place.

Wray also ordered the Inspection Division to work with the Justice Department to make sure its review "does not interfere with or impede" the Department's Flynn probe.