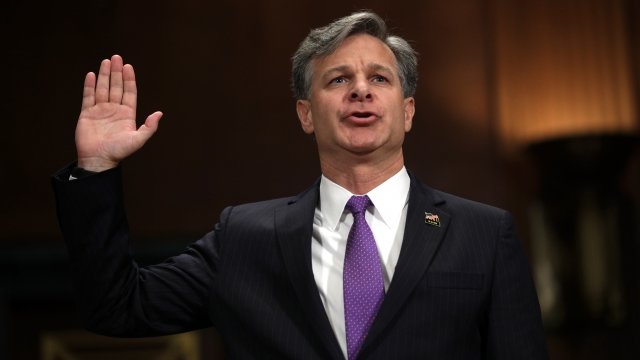 Sen. Lindsey Graham asked Wray, hypothetically, if someone should take such a meeting.

Trump Jr. himself said he attended because he wanted to see what information the reported Kremlin-linked attorney had on his father's opponent, Hillary Clinton. 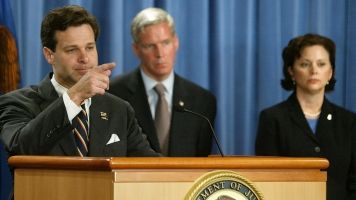 Wray suggested consulting with some "good legal advisers." But he also noted the FBI would want to know about any effort by a foreign government to offer information that could hurt a political opponent.

"You're going to be the director of the FBI, pal. So here's what I want you to tell every politician: If you get a call from somebody suggesting that a foreign government wants to help you by disparaging your opponent, tell us all to call the FBI," Graham said.

But Graham wasn't finished just yet.

"Is Russia our friend or our enemy?" Graham asked.

"Senator, I think Russia is a foreign nation that we have to deal with very warily," Wray replied.

"Do you think they're an adversary of the United States?" Graham asked.

"In some situations, yes," Wray said.

"Do you think, in the situation of trying to compromise our election, that's an adversarial move on their part?" Graham asked.

As for Trump Jr., he told "Hannity" he "would have done things a little differently" when it came to the controversial meeting.