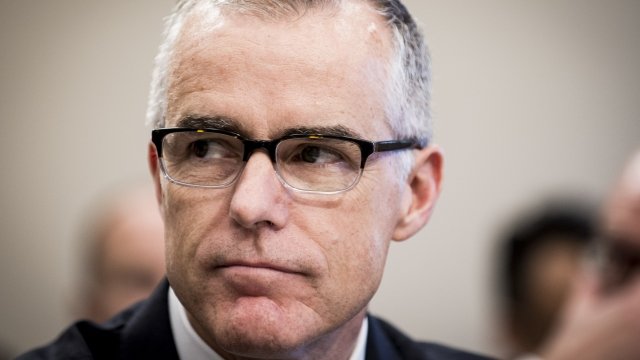 Anonymous sources told NBC McCabe is "exercising his retirement eligibility" and "stepping aside."

FBI deputy director Andrew McCabe has reportedly stepped down from his position.

Anonymous sources told NBC Monday he is "exercising his retirement eligibility" and "stepping aside."

The news comes just a few weeks after a Washington Post report claimed McCabe was planning to step down in the next few months.

As of late Monday morning, McCabe himself had yet to confirm the decision.