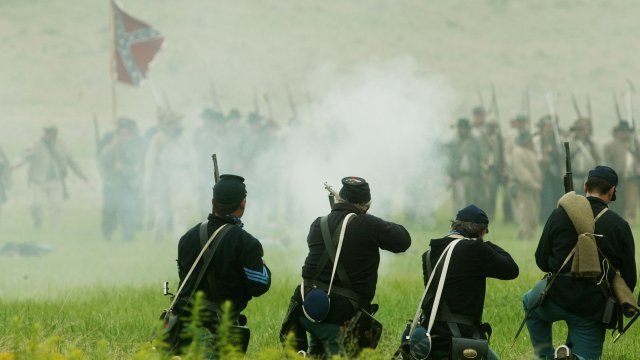 SMS
The FBI Is Overseeing A Hunt For Buried Civil War Gold In Pennsylvania
By Jake Jones
By Jake Jones
March 17, 2018
Some say the FBI's presence lends credibility to a legend of lost Civil War gold — but the bureau says it's just there for "law enforcement."
SHOW TRANSCRIPT

It sounds like something out of a movie: Treasure hunters and history buffs start digging up a patch of land they say holds long-lost gold.

But in Pennsylvania, it's actually happening. Treasure-hunting group Finders Keepers is excavating a site in Elk County that's home to a Civil War legend about lost Union gold.

Legend has it a Union shipment of 26 gold bars was lost in 1863. Some stories claim the convoy was ambushed and the loot buried. Nowadays, that gold would be worth upwards of $27 million.

The treasure hunters are accompanied by both the FBI and the Department of Conservation and Natural Resources. An FBI public affairs specialist said agents there "were conducting court-authorized law enforcement activity."