Two Fault Lines In Southern California Are Actually One Big One 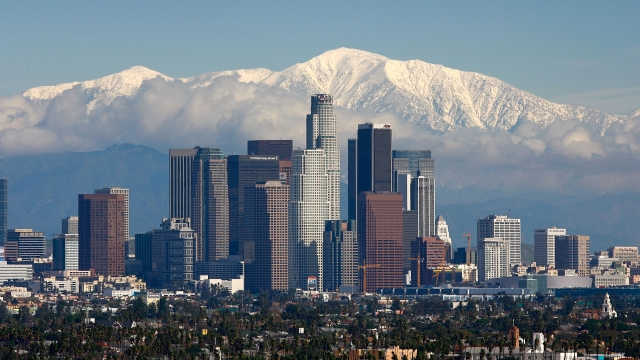 SMS
Two Fault Lines In Southern California Are Actually One Big One
By Katherine Biek
By Katherine Biek
March 9, 2017
Researchers discovered a fault system that runs from Los Angeles to San Diego could produce an up to 7.4 magnitude earthquake.
SHOW TRANSCRIPT

It turns out two separate faults in Southern California really aren't separate after all.

A new study discovered the Newport-Inglewood and Rose Canyon faults, the majority of which are just off the coast of Southern California, are really just one continuous fault system.

And it's capable of producing an up to 7.4 magnitude earthquake.

The fault runs from Los Angeles to San Diego, and while its mostly underwater, the maximum distance from the shore is just 4 miles.

That puts the Newport-Inglewood/Rose Canyon fault more on par with the famous San Andreas fault in terms of predicted earthquake strength.

Even though we witnessed the San Andreas fault trigger a devastating earthquake in Los Angeles via Hollywood magic in 2015, the last major quake in that region actually occurred in 1857.

Researchers investigated part of the San Andreas fault that runs north of Los Angeles and found that large-magnitude earthquakes occur on average there once every century.

And the U.S. Geological Survey found the fault could be overdue for another.

"Longer gaps have happened in the past, but we know they always do culminate in a large earthquake. There's no getting out of this," USGS research geologist Kate Scharer told the Los Angeles Times.

We're well past the 100-year mark. And the USGS says there's a 16 percent chance an earthquake with at least a magnitude 7.5 will occur in the area within the next 30 years.

The last major earthquake to strike along the Newport-Inglewood and Rose Canyon fault zone was in 1933. It was a magnitude 6.4.