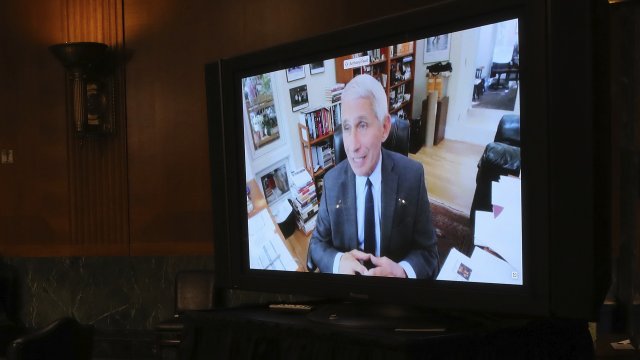 The hearing, focusing largely on getting Americans back to work and school, comes as dozens of states are partially reopening despite not meeting guidelines.

There was bipartisan agreement on the committee that as the United States surpasses 80,0000 deaths, testing is still not where it should be — especially for reopening. Health experts say testing is required because it slows the spread of the virus by allowing quick treatment and isolation.

Dr. Anthony Fauci, director of the National Institute of Allergy and Infectious Diseases, stopped short of saying schools should not reopen and said the United States should have adequate testing in place by late summer and early fall. Fauci says there are at least eight vaccine candidates right now, but none will be ready to go in the coming months.

Republican Sen. Lamar Alexander chaired the hearing remotely after one of his staffers tested positive for the coronavirus. The witnesses also testified remotely after coming in contact with a White House official who tested positive. Many committee members chose to video conference in out of an abundance of caution, though the ones present were social distancing.