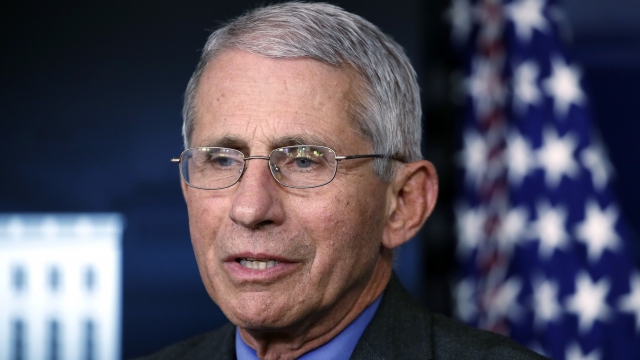 SMS
Fauci: Sports Could Return Soon — But Only If Fans Don't Attend
By LeeAnne Lowry
By LeeAnne Lowry
April 15, 2020
He said he believes there will be enough buy-in from fans for pro sports to function without fans in the stadiums.
SHOW TRANSCRIPT

He told Snapchat's "Good Luck America" on Tuesday that athletes would also have to stay in hotels and be "very well surveilled." They'd need to be tested often — perhaps even weekly.

Fauci acknowledged that some people are skeptical sports could survive without fans in the stadiums.

He said: "People say, you know, well, you can't play without spectators. Well, I think you'd probably get enough buy-in from people who are dying to see a baseball game."