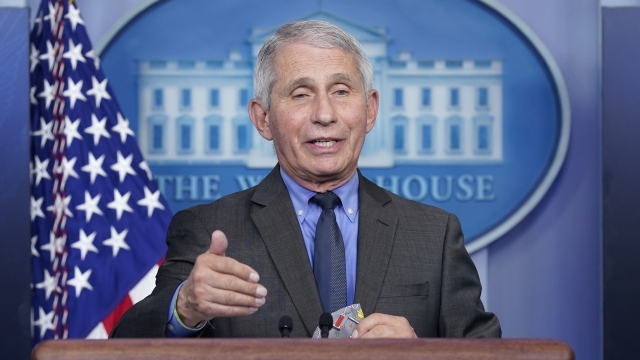 But he says that's contingent on more people continuing to get their shot.

As more Americans get vaccinated, health officials like Dr. Anthony Fauci say there's less of a chance we'll see a virus surge like we did last fall and winter.

But he says that's contingent on more people continuing to get their shot.

So far, more than 152 million Americans have gotten at least one dose of the vaccine and 34% of the population is fully vaccinated.

Keep in mind officials have said 70 to 80% would help the U.S. achieve herd immunity.