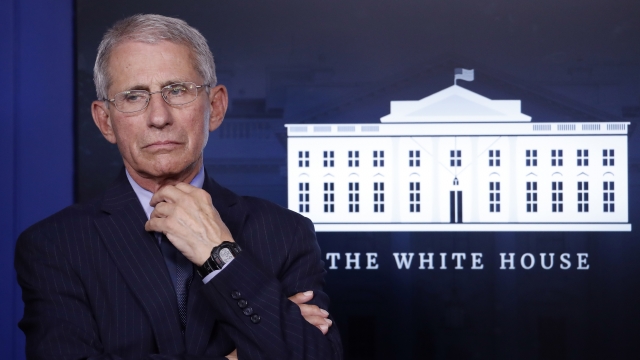 "I don't understand why that's not happening," Fauci said. "As you said, you know, the tension between federally mandated versus states' rights to do what they want is something I don't want to get into. But if you look at what's going on in this country, I just don't understand why we're not doing that. We really should be."

Fauci's comments conflict somewhat with President Donald Trump's view on the matter: The president has been reluctant to issue a federal stay-at-home order. He said Wednesday that kind of move isn't necessary because outbreaks have hit some states harder than others.

California Gov. Gavin Newsom, the first to issue a statewide, mandatory stay-at-home restriction, urged more governors to follow suit. Speaking to CNN on Wednesday, Newsom said: "Our message is this: 'What are you waiting for?' What more evidence do you need? If you think it's not going to happen to you, there are many proof points all across this country; for that matter, around the rest of the world. You'll never regret overcompensating at the moment so that you're preparing people for meeting this moment in the responsible way."

At least 10 states had not issued stay-at-home orders as of Friday.